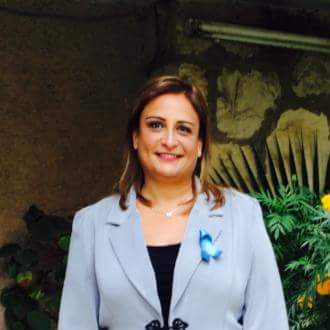 Dahlia Soliman is the founder and President of The Egyptian Autistic Society and co-founder of Kodorat National Project for Special Needs.  Dahlia graduated from The University of New South Wales Sydney Australia with a bachelor in Psychology and Sociology. She then returned to Egypt and founded The Egyptian Autistic Society in 1999. Dahlia completed the Hornsby Dyslexia Diploma in the Hornsby International Institute in the UK followed by her Masters in Education (Autism) at the University of Birmingham.  She then received certification in TEACCH, SonRise and Verbal Behavior.

Dahlia’s expertise lies in teaching academic skills and inclusive education. Dahlia’s main interest is main-steaming children with special needs. She has now been running a successful mainstreaming program for over 15 years.

Dahlia has developed and published the first progressive Skill Development Curriculum for Autism in Egypt, in collaboration with The Mental Health Secretariat.

Dahlia is the ambassador for Autism Speaks in Egypt leading awareness campaigns and advocating for the rights of children with special needs.