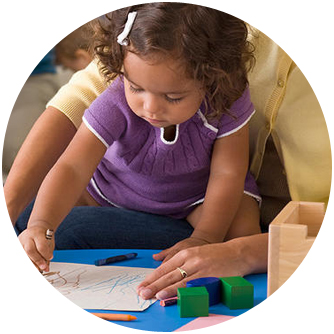 What is childhood apraxia of speech?

Childhood apraxia of speech (CAS) is a motor speech disorder. Children with CAS have problems saying sounds, syllables, and words. This is not because of muscle weakness or paralysis. The brain has problems planning to move the body parts (e.g., lips, jaw, tongue) needed for speech. The child knows what he or she wants to say, but his/her brain has difficulty coordinating the muscle movements necessary to say those words.

What are some signs or symptoms of childhood apraxia of speech?

Not all children with CAS are the same. All of the signs and symptoms listed below may not be present in every child. It is important to have your child evaluated by a speech-language pathologist (SLP) who has knowledge of CAS to rule out other causes of speech problems. General things to look for include the following: